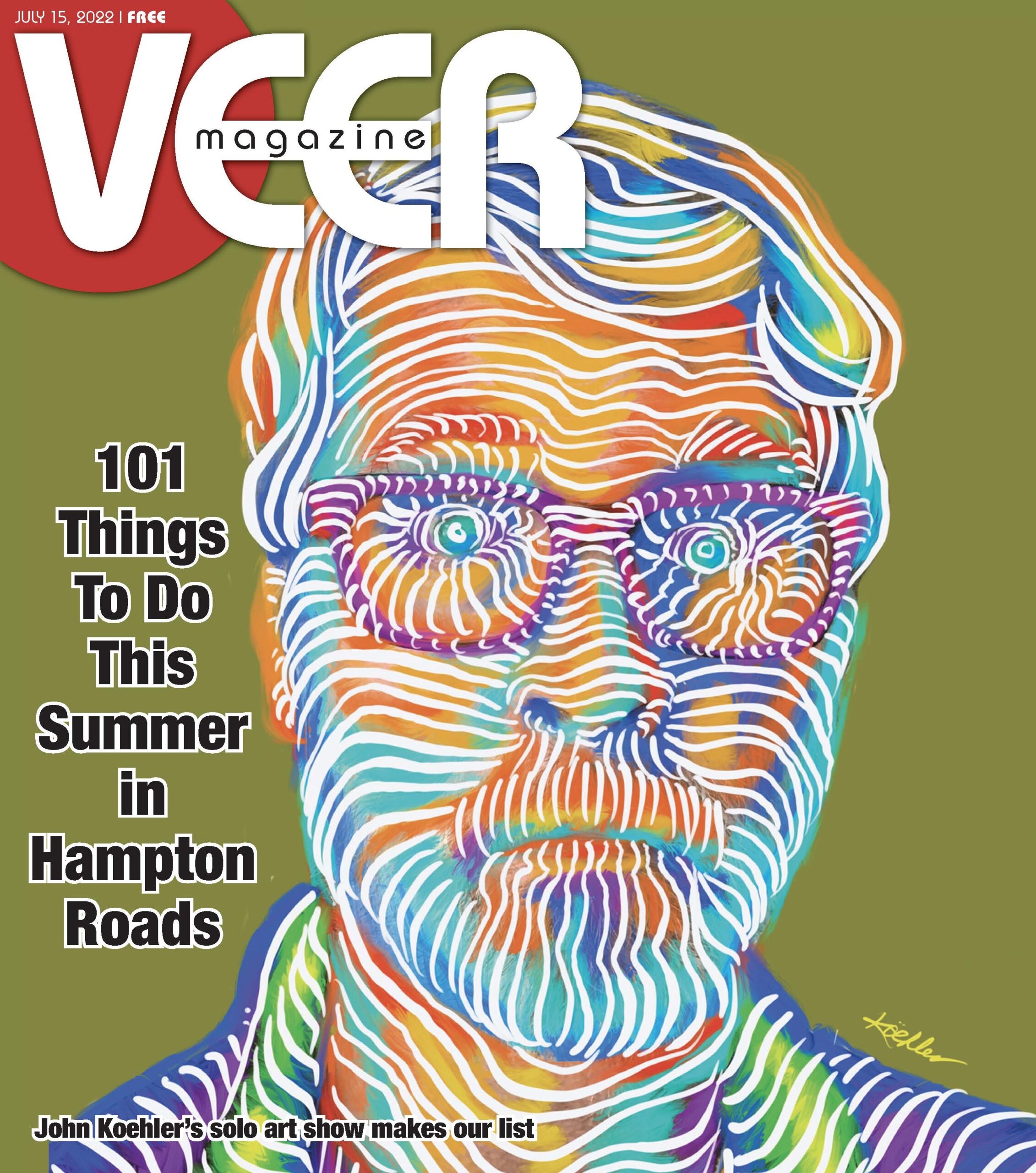 The title refers to the topographical lines used in the portrait. According to Koehler, “I started with a selfie photo of myself with an expression of surprise. Eyes wide open. I imported that photo into ProCreate on my iPad Pro, then on a new layer above the photo added the white lines.

“The lines are intended to suggest the 3D topography of my face.

“I experimented with various line widths and went with a thicker variable width line as it felt more expressive. Then on a layer between the photo and lines I added a vivid wash of color, drawn quickly to keep it fresh.

“Then I removed the photo layer and voila!”